Daniel Healy Solwold Jr. is an accomplished man in the world of wrestling who is better known by the ring name Austin Aries. A legendary man who is best known for his time with Total Nonstop Action/Impact Wrestling, where he won the IMPACT World Championship three times and X Division Championship six times. Furthermore, he has been able to hold the title of Ring of Honor (ROH) World Championship two times with his exceptional performances.

Born on 15th April 1978, in Milwaukee, Wisconsin, United States, Austin had a sheer passion for wrestling from his childhood. During the initial phase of his career, he started with exclusive training under Eddie Sharkey and Terry Fox. For several years, he wrestled in the midwest and enhanced his core skills.

Age, Weight, Height, and Net Worth of Austin Aries

Daniel is a pleasant man with an intense personality. He stands tall at the height of 5 feet and 9 inches and weighs about 92 kg. As of 2019, Austin has reached the age of 41. With his astounding performance in the ring, he has made quite a fortune of around $ 3.9 million and is living a life of a true superstar.

In 2004, he finally stepped into the world of professional wrestling and began to work with Ring of Honor, joining the Generation Next Faction. Along with his partner Roderick Strong, he won the ROH World Tag Team Championship. At the Final Battle 2004, ROH’s biggest event, Aries defeated Samoa Joe, ending his 654-days reign. After making this glorifying achievement, he kept stunning WWE fans with exceptional performances. In 2009, he regained his title of ROH World Championship, making him a two-time champion.

Under the ring name Austin Starr, Aries worked at Total Nonstop Action, where he won the TNA X Division Championship six times. He reigned the title for 301  days, which is the longest anyone has ever held the title in TNA history. Austin Aries was the man who created the concept of ‘Option C,’ where he traded in the X Division Championship for a World Heavyweight title opportunity at Destination X. Following the trade, he won the championship and also bagged many profound titles like World Tag Team Championship and the Impact Grand Championship. All these titles made him a Grand Slam Champion in IMPACT Wrestling.

Aries is a well-crafted artist who implies both hard-hitting and high-flying techniques in the ring and racks up world championships wherever he goes.

Talking about his own life, Austin is a private man and does not prefer sharing much about his spouse, girlfriend, affair, or anything. We don’t have much information about his family, friends, or kids, either. However, we have found that he loves football and baseball. During his spare time, he enjoys playing football. He grew up with his three other siblings. And has always been decent and cheerful. His fans consider him as a role model who doesn’t get entangled in nasty controversies.

Aries has turned vegan since 2011 and appeared in PETA videos encouraging the lifestyle.  He has been found dating the professional wrestler Zelina Vega in the past.  He is a massive fan of the Green Bay Packers, Milwaukee Brewers, and Milwaukee Bucks. On his upper left arm, he has tattooed Chinese character Ram signifying the Chinese translation for Aries, which happens to be his ring name and also his zodiac sign. Currently, he is residing in Orlando, Florida.

Before joining WWE, Aries gave a voiceover for the main character Jacob Cass in the Road to WrestleMania mode of the WWE’12 video game. Later, he appeared on video game WWE 2K17 as a downloadable character as part of the Future Stars Pack.

The newest addition to my collection! Honored to have won the 2018 @dangablewrestlingmuseum Hall of Fame Tournament, and with it, the HOF Title belt! All things considered, this may be the coolest belt I’ve held yet. And I think this means I’m greater than all the legends who’ve already inducted… Oh, and I’m #vegan. #Thesz #TheTruth #TheBeltCollector #TGMTEL #TheCompletePackage #ProWrestler #ProWrestling #veganathlete #vegansofig #whatveganslooklike . . . 📷: @photosbymanning

Mon Dec 16 , 2019
Scott Carl Rechsteiner is a Professional American Wrestler who wrestled in World Championship Wrestling alongside his older brother Rick as The Steiner Brothers and as a member of the New World Order. Though Steiner is not a highlighted personality in the world of wrestling,  he is one of the most […] 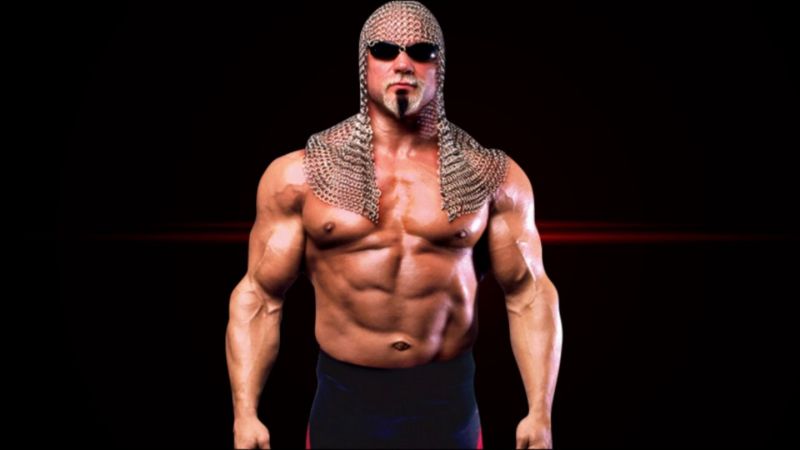